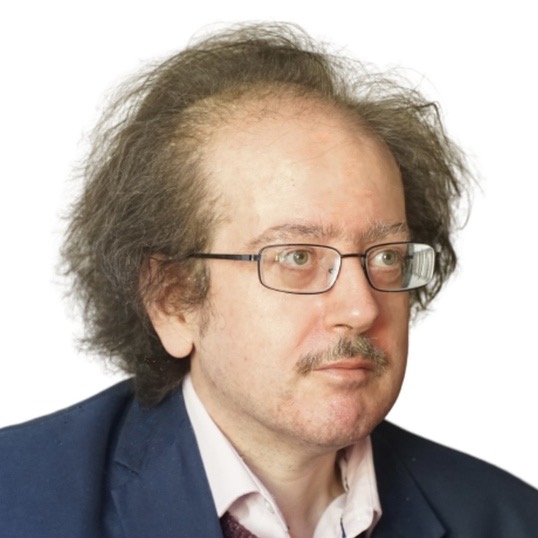 This is the second in a short series of notes on the state of the British left and the way forward. The first was The Great Leap over the institutions, and the third is On not mentioning the war.

A debate has started, in the hours and days since the general election, about how far Labour’s Brexit policy contributed to the party’s defeat. The question is a good one; but the methods that have been adopted to answer it—adding up constituency results and polling data to try to estimate how many Leavers and how many Remainers Labour lost, how many it retained, how many a different policy might have attracted or put off, etc.—are unlikely to lead to much insight. That approach takes far too much for granted. Because it was not at all inevitable that Leave and Remain would even exist as significant political blocs in 2019: and decisions taken by the Labour Party have played a major role in consolidating them. We cannot just assume Leave and Remain as politically important categories—we have to ask whether a different policy from Labour could have contributed to a climate where those categories seemed less salient, one in which Labour might have found it easier to gain a hearing for its domestic programme and where the Conservatives’ appeal to ‘Get Brexit done’ might have enjoyed less resonance with the voters.

This question cannot be answered by scrutinizing the returns from Workington or Putney; but it is a very easy question all the same.

Remain and Leave became politically significant identities between 2017 and 2019 purely because it did not seem that the referendum had finally settled whether Britain would be leaving the European Union or not. It was the existence and growth of continuity Remain that conjured continuity Leave into being: but it could not have been done by continuity Remain alone. Without the official opposition, the forces trying to block Brexit would have amounted to some Iraq-era big names in the People’s Vote campaign, one or two misguided leftists, the rump Liberal Democrats, the New European newspaper, a few ‘independent youth groups’ with surprisingly slick and expensive PR, and a handful of individual Remainers who acquired a kind of minor online stardom by opposing Brexit in song or in a hat. Even the most suspicious Leave voter, even the most gullible Remain voter, would have struggled to look at that and really think the referendum result was about to be overturned. It took the prospect of Labour support for Remain—however gradually, however grudgingly given—to make the possibility seem real.

If the Labour Party had instead made clear that it was irrevocably committed to seeing Brexit delivered, that it would fight for a soft Brexit but that there were no circumstances whatever under which Labour would support a second referendum or the revocation of the Article 50 notification, then it would have been exceedingly difficult for the idea of stopping Brexit to get off the ground. People do not generally like devoting a lot of time and emotional energy to causes they are convinced cannot win. (We on the left don’t always remember that.) It was only the chance of Labour backing that made Remain and the People’s Vote seem like an achievable political demand. Pro-Remain commentators would of course have been bitterly critical of Labour if it had rejected them; but they could hardly have been more so than they were anyway. And their brickbats would have mattered all the less because hard Remain would have been a quixotic fringe position. There would still have been a Brexit debate—but it would have been a debate between Norway Plus and Canada Plus, not between Remain and Leave. Labour would then have been excellently placed to campaign for a moderate Brexit, a Brexit that minimized the economic shock of departure, that protected environmental and consumer standards and advanced workers’ rights, that delivered on the referendum while enabling Remain voters to keep a large part (say, 48%) of what they valued about EU membership. There is no reason why a Brexit like that could not have won majority support.

But in fact the Labour Party ground like a glacier ever closer to continuity Remain. Each step it took energized hard Remainers (‘We’re winning! It’s not a done deal!’) and drained the life out of a soft Brexit (‘Labour don’t even believe it themselves, they’re going to end up supporting Remain’). And as Remain grew stronger, as a second referendum grew likelier, so Leave inevitably crystallized too. People who had little in common politically with Johnson or Farage, and who might under other circumstances have preferred a more Norwegian flavour of Brexit, saw the politicians—including Labour—scheming to annul their 2016 vote, and they rallied behind the same leaders who had headed the Leave campaign during the referendum. ‘Get Brexit done’ was a compelling slogan precisely because there were so many people trying to prevent Brexit.

And the slow drift to Remain was devastating for Corbyn’s reputation in particular. A large part of his appeal in 2015–17 had been grounded in the sense that this was a different kind of politician, someone who told the truth as he saw it instead of relying on focus groups and spin. I remember an interview with the four Labour leadership contenders in 2015 where they were all asked whether they would offer Ed Miliband a post in their shadow cabinet if they won, and the other three all hedged and fudged and gave miserable politicians’ answers; and Corbyn said Yes, Environment; and the interviewer made some comment to the effect of ‘You see, that’s why people like Jeremy Corbyn—he gives a straight answer to a straight question.’ Years of wiredrawn equivocation on Brexit just shredded that image. I myself saw Leave-voting Labour supporters—Corbyn enthusiasts from 2015—literally in tears of rage as they gradually accepted that he was working his way towards supporting a second referendum. Nor were these, in every case, people who were even very passionate about Brexit itself, let alone a hard Brexit: it’s simply that watching people in high places trying to overturn your decision because they think you chose wrong is desperately insulting and irritating. Corbyn supporters, after the 2016 leadership challenge, ought to know that as well as anyone.

I don’t want to get into the details of Labour’s internal factional battles for now. Perhaps there were some on the right of the party, as there were undoubtedly some outside it, who had no stake in the Corbyn leadership succeeding and for whom the hard Remain policy was therefore rational: burning Corbyn’s and Labour’s credibility for a small chance of stopping Brexit was an exchange with no down side. No such excuse can be made for those on the left who endorsed the same approach; frankly, I wonder whether any can. Certainly it is difficult to argue that the policy was forced on the leadership and could not have been resisted: Corbyn’s authority within the party after the 2017 general election was exceptionally high, and if he had argued forthrightly that switching from ‘soft Brexit’ to ‘second referendum’ would be disastrous I am sure he could have got his way.

Ultimately, it was never in Labour’s power to decide whether or not Britain would leave the European Union. But it was entirely in Labour’s power to decide whether British political life in 2017–19 would be polarized solely around that question. Without Labour, Remain would have been relegated to the margins; without Remain, Leave would have ceased to gell. Instead, the approach pursued by the Labour Party since the middle of 2017 has had the predictable (and predicted) result of encouraging Leave versus Remain—not, say, left versus right or workers versus capitalists or ecology versus environmental degradation—to become the dominant question in British politics. The left now needs to begin finding ways of reversing the consequences of that mistake. It is not yet inevitable that the supercharged Leave and Remain identities of the last three years will establish themselves as permanent camps in a US-style ‘culture war’ that will shape this country’s politics for a generation; but neither, in the absence of an effective left response, can it be ruled out.